My business is NOT perfect and everything is NOT peachy keen! - Wanderlust Entrepreneur | Business + Retreat Coaching for Retreat Leaders | Sheri Rosenthal 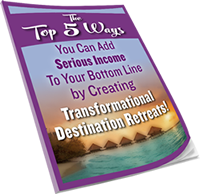 My business is NOT perfect and everything is NOT peachy keen! 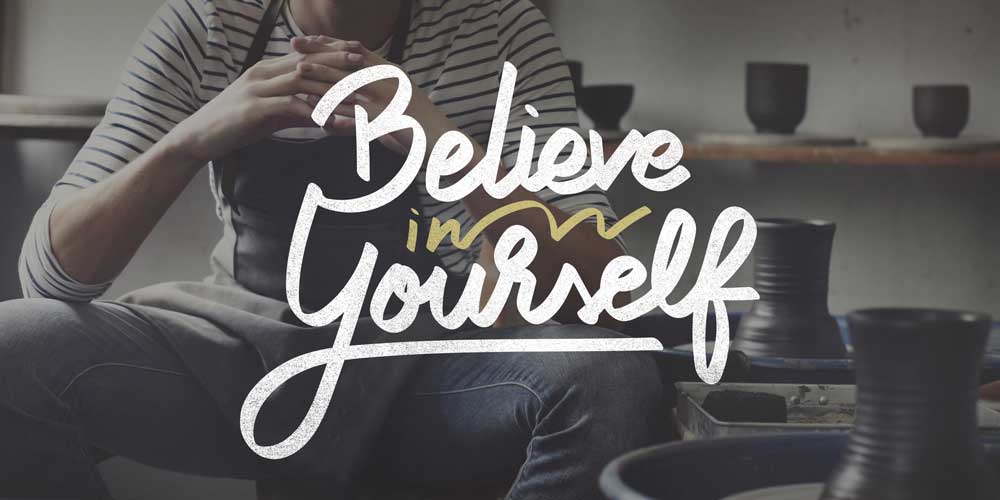 It’s amazing how often I see a post online or get an email from a community member commenting on how lucky I am to have a perfect business (insinuating of course, that they do not). Seriously?

First of all, my business is many things – but perfect is NOT a word I would EVER use to describe it.

Fulfilling – YES!
A blessing – YES! (I get to work with my spiritual family of fellow Four Agreements people)
Hard work – YES!
A personal growth opportunity – YES!
A way to challenge my limits – YES!
The answer to my travel dreams – YES!

Perfect – HELL TO THE NO!

Look, being a business owner is a spiritual endeavor. It will challenge you to the core. It will scare the crap out of you. It will wake you up at night sweating. It will, in your darkest moments, make you want to get a JOB. And it will make you question everything you believe about yourself and business.

And lucky? Yes, I’m lucky BECAUSE I work my butt off. I take the time to learn technology that makes most baby-boomers like myself cringe and cry. I’m constantly analyzing the market, systems, and the changes in our industry. I make mistakes all the time. Little boo-boo’s. BIG boo-boo’s. EXPENSIVE boo-boo’s! Heart-crushing boo-boo’s.

If you believe that anyone out there has a perfect business (or life) you’re dreaming. Yes, there are people who work hard to overcome obstacles and it may look like things are perfect for them because they don’t focus on the negative (or talk about it – but maybe they should) – they simply take action to fix the problems in their life and move on.

Business (and life for that matter) is always sending the cosmic two-by-four to get us.

And you can try to dodge it – but eventually it WILL hit you upside the head. Yes indeedie! And when it does, you can feel bad for yourself – or you can analyze what just happened (without blame or shame!) and move on with the best solution available to you based on the level of consciousness that you are currently at. (That’s the spiritual part.)

You can use your business as a growth opportunity and be a problem solver and not take what happens in your business personally OR when things go wrong you can use it as the perfect opportunity to feel victimized and keep yourself down and play small.

So I’m going to be transparent here and share a story that I hope you learn from. And for those of you who think that everything is perfect for me here at Wanderlust Entrepreneur and that I’m lucky – I hope this will help you realize that things are not always the way you think they are. 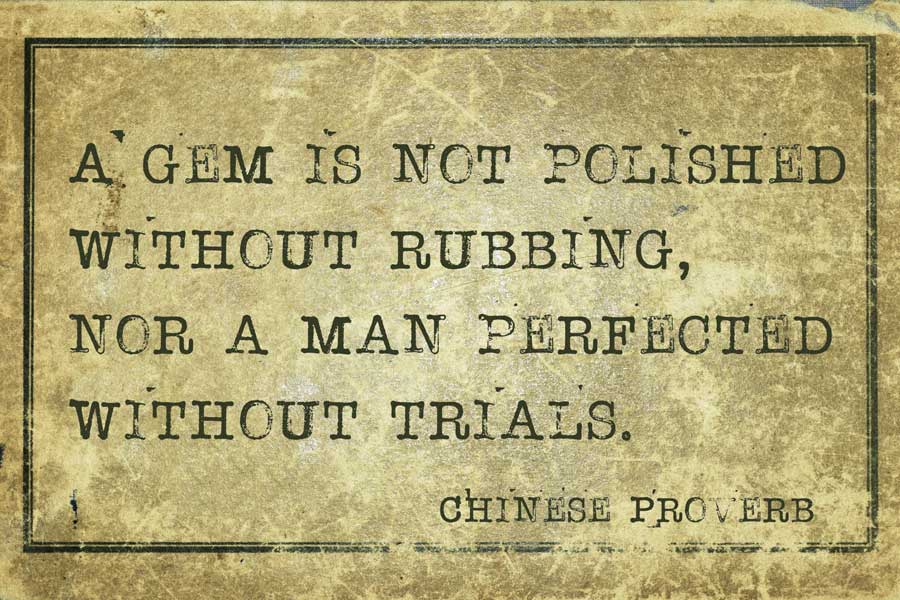 A little background first. I started this coaching business in 2014 after coaching The Four Agreements and running my travel agency and retreats since 2003. We got off to a great start thanks to some carefully thought-out business decisions, and between 2014 and 2015 we grew our list from zero to 15k, ran our first retreat for retreat leaders, and grossed just over $500k.

Everything seemed to be going as planned until 2017. That year although we grossed just around $1.5 million – we had a series of bad launches due to a problem we were having with our Facebook ads company.

They worked well for us for two whole years and everything was fine – until 2017 when they ran several launches that I had a REALLY bad feeling about. I felt they were not targeting “our” community like they normally did because the people who were signing up for our webinars were not our tribe.

I complained, and they said all was well. What I didn’t know is that they were using some software for the launch that was NOT alright. It was not targeting the right people and so sales were WAY down. So even though we grossed $1.5 million that year – my not trusting my gut and their marketing strategies put us $200k into debt.

Many people in that situation would have quit.

Others would have gone bankrupt.

And still others would have taken it personally and played the blame game (blaming themselves for being so stupid and blaming the company for “screwing” them), using that as an opportunity to pull back and play small.

But that was not my strategy.

Don’t get me wrong – it’s not that I didn’t shed tears for someone almost tanking my baby and for not trusting my gut. I simply re-grouped, made a new plan, and continued forward no matter what negativity was going on in my head (and believe me there was plenty!).

I was pissed. But I was not closing shop on my purpose and mission or letting my team of NINE be without jobs.

I’ve had people and circumstances try to take me down in the past. When I was in medical school only 10% of my class were women and we were constantly harassed by male classmates (and teachers) telling us we should be “pregnant and barefoot in the kitchen.” True story (this was 1978-82).

When people tell me I can’t do something – it just makes me want to get in their face even more and show them that they’re wrong. (And yes, I graduated in the top 5% of my class which my classmates attributed to my having sex with all my teachers – after all, I’m just a stupid woman – how else could I have gotten those grades??)

So, here’s what happened. We pulled back, re-grouped, cut back expenses, went through three different Facebook ads managers, and kept moving forward so we could pay off that debt.

And we DO NOT give up on what we know is right. We love our community and our retreat leaders. We are here to serve. And we DO NOT let diversions get in our way.

Personally, I see all this as the universe challenging me to greater heights. Because each time something happens that seems like the end of the world – my world always ends up even better in the long run. I open up to new possibilities that would never be able reveal themselves if everything was going “perfectly.”

I’ve learned not to feel bad about myself when things go wrong. Instead I challenge myself to solve the problem, step up more fully, and be more present in my life. My advice (if you’re in need of some), would be to stop listening to your negative self-talk when things go bad or negativity from others. Instead….

And stand up for yourself, your dreams, and what you know is right for your soul.

So what about you?

What do YOU do when the cosmic two-by-four gets you? Post below and let me know.

PS: And please, do me a favor and don’t tell me I’m lucky for having the perfect business. 😊  Thanks! 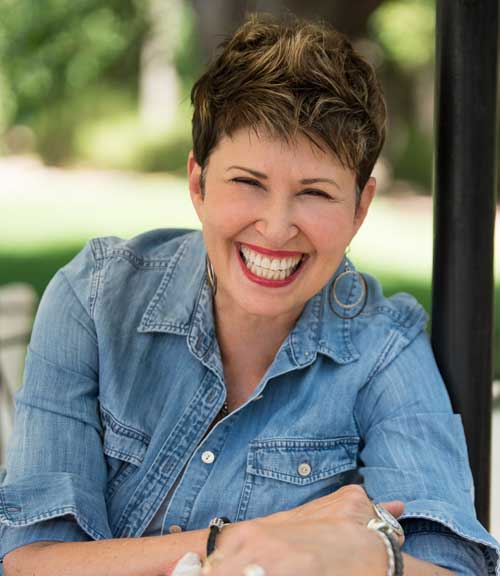 To your wanderlust life & business, Sheri

Dr Sheri Rosenthal is known as one of the most sought after retreat strategists for coaches, speakers, and authors — and is the owner of Journeys of the Spirit Travel®, a boutique agency specializing in the planning and management of group travel.

Through her Wanderlust Entrepreneur Community and her signature course, The Retreat Blueprint Program, she has taught thousands of facilitators how to design exceptional retreats that allow them stand out in their niche. She loves helping clients plan, fill, and profit from transformational retreats that change lives in a huge way while adding serious income to their bottom line!